Yesterday, I played CSGO in competitive mode. It was lot of fun. I won like three series and I think lost two. In one of the series I won, it was quite fun. it was on Mirage map. In first half, as terrorists, we lost most of the matches. But in next half where we were CT, we comeback and won more matches and made the score board astonishingly to 15 - 14. The credit definitely goes to whole teams’ better understanding of how each of us play, though we are strangers and spontaneous action to track the enemies. The last matches were intense and the last one was the most. All my teammates died and I was the only one alive and at their side, there were 3 members alive. The bomb was dropped in B corridors. I was securing the bomb. My teammates had no hope on this circumstance. They were sure that we will lose and the series will get tied to 15 - 15, as one can’t stand against three.

From corridor, hiding, I can’t see clearly who is at the other end. They just need to peek a little and kill me. I started bursting my FAMAS rifle at very end from where I am expecting peek. Fortunately for me, they peeked from there and two of them got killed instantly with headshots. My smartness worked or my luck. Whatever it is, now the match turned to 1 vs 1. 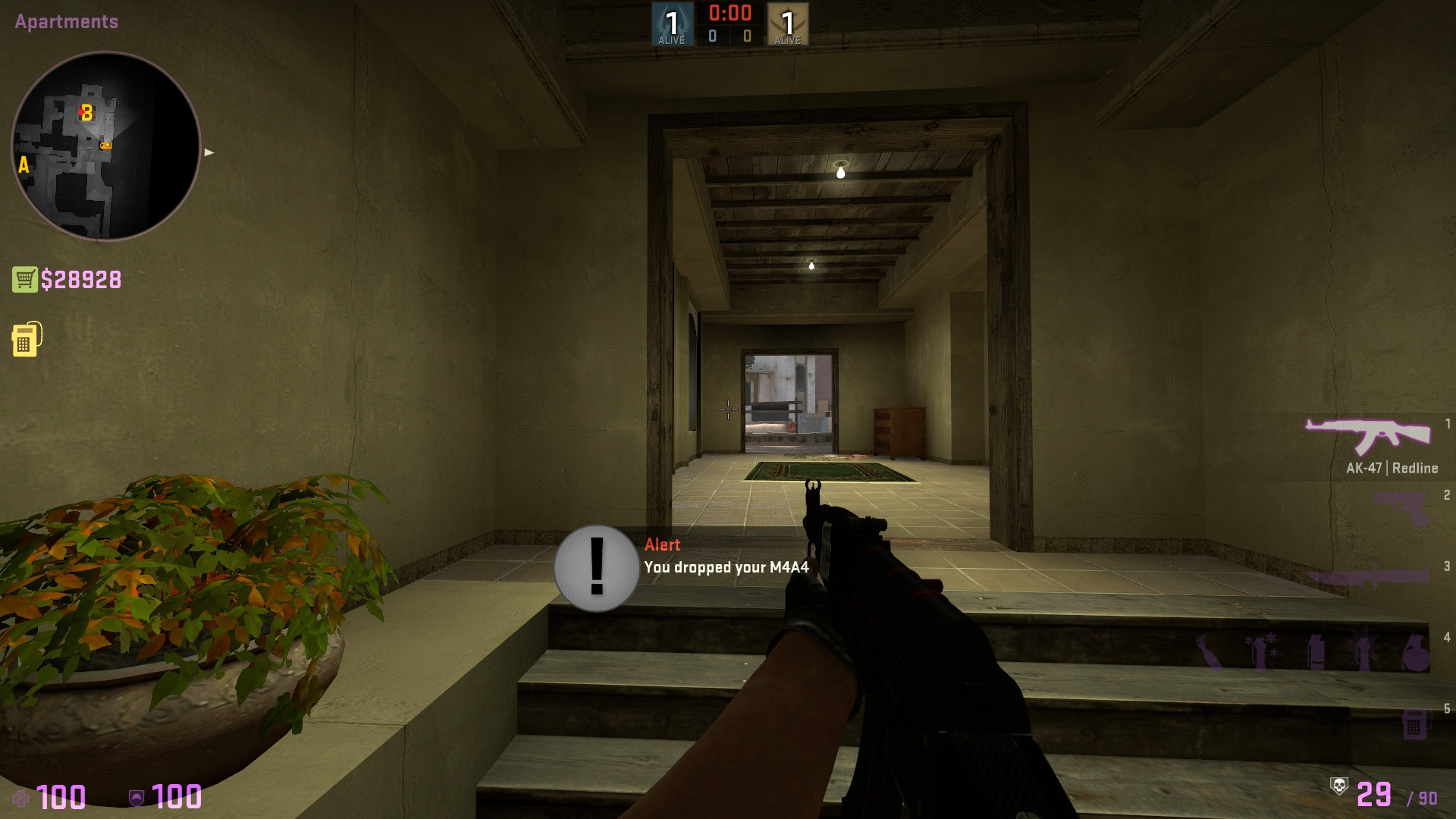 I can hear my team mates screaming with suggestions to what to do. It is clear even my they can’t suggest a better plan at this state, no one can. I have only one thing to do i.e to secure the bomb and clearly the enemy has two options to either kill me or anyhow pickup the bomb and plant it before the time runs out. I saw that the time is less and planting the bomb at this point is hard but if he kills me, then they will win. So, I ran from there. My teammates started triumphing the obvious victory, praising me in all ways. Suddenly, when the game was about to end in 2 seconds.. Just 2 seconds , the bomb was PLANTED at B. That was a shock for us. we were surprised of the quickness of enemy. Ofcourse, he is the guy with sniper and killed most of my teammates. We again went to sad state of losing this match because we know that the enemy is highly skilled with awp and is readily scoped, awaiting for me to come at bombsite B and try to diffuse the bomb, so that he can kill me instantly from the hideous spot which I can’t think of.

I had no other choice but to try and diffuse the bomb before it explodes. I walked to connector, with care not to make sound. Again we got bit of hope, when I saw there was awp on the ground, fallen from the hands of one of my dead teammates. I picked it up and scoped at the bomb site B. I don’t know where he is hiding. I saw his hand at one pillar near bomb. Though I can see his hand and can hit him through the wall, I didn’t. Because it is risky, if he somehow survives that shot, he will just play with me till the bomb explodes. My team stopped giving me suggestions. There was dead silence. I can sense the silence, my heart started pounding like helicopter. I am nervous and I know I mess things in this state. Though this is just game, I feel as if “one small mistake and I will be dead”. That is the beauty of games. People think emotions produced from games are imaginary and doesn’t count as real in this “real” world. But they are wrong, games does count as valid emotions. If you eat something delicious and done with it, it is just the feeling which is left later. The feelings stay in our mind and we rewind and feel it again and again. Even if we take any physical object in this world, we just consume it in different ways and get done with it either willingly or unwillingly. The only thing would be left later would be memories and their attached emotions. Feel, that is all we can do.

Anyway, coming back to this epic story, I waited for him to reveal more of him so that I can hit him in one shot. Alas, he did showed himself pointing his awp directly to me. With no losing time, I hit him before he could and he fell on the ground. My teammates woke up from the dead silence screaming, shouting and praising me more than before. I diffused the bomb, we WON!! I could feel the honour and respect in words not only from my team members but from opposition team as well. “One heck of a game”, “ I am honoured to play with you”, “because of you, I moved to higher rank” ,”You are not a good man but a great man!!” My username is Good Man1 :)

[1] Reference from Marvel’s Luke Cage where the super hero can’t be shot down.